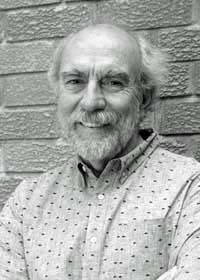 Greg became executive director of Academics Without Borders in October 2017.

Immediately prior to taking on the executive director role, Greg was the director, special projects at the Higher Education Quality Council of Ontario for two years. Greg served as provost and chief academic officer of Aga Khan University (AKU) from 2011-2015 and was based in Nairobi, Kenya, for three of those years. AKU is an international institution of higher learning operating in eight countries on three continents, with campuses in Pakistan, Kenya, Tanzania, Uganda, England, and Afghanistan. He is professor emeritus and provost emeritus at Western University in London, Ontario, Canada, where he held an appointment from 1977 through 2015.

At Western, Greg served as chair of the Department of Psychology, Dean of Graduate Studies, and for 10 years as provost and vice president (academic). As a developmental/clinical psychologist and professor for over three decades, he has pursued a better understanding of the nature, origins, and developmental consequences of the first relationship between an infant and his or her mother. Greg, with his graduate students and collaborators, has been involved in a series of diverse but interrelated programs of research, including: studies of adolescent mothers and their children; intervention for families with infants at high risk for poor developmental outcomes; comparative study of the development of siblings within a family; and studies of the neurobiological, genetic, and psychophysiological correlates of early social interaction and relationships. His research has been generously supported by several national granting agencies throughout his career and has been published regularly in leading journals in the field. Greg co-authored a book on the state and future of higher education in Ontario, Academic Transformation: The Forces Reshaping Higher Education.

AWB / USF · 2 weeks ago
@AWB_USF
Volunteer with us! Share your online and blended learning expertise to support our programs and other volunteers. https://t.co/CvallnFUwt #volunteer #highered #global dev
View on Twitter
0
0

AWB / USF · 1 month ago
@AWB_USF
An inspiring interview with @IAU_AIU President, Pam Fredman, focusing on the broad role universities have to play in transforming societies in this time of unprecedented challenge. https://t.co/MEJfpM9GxD #highered #globaldev
View on Twitter
0
0

AWB / USF · 2 weeks ago
@AWB_USF
Volunteer with us! Share your online and blended learning expertise to support our programs and other volunteers. https://t.co/CvallnFUwt #volunteer #highered #global dev
View on Twitter
0
0

Your ticket for the: Greg Moran