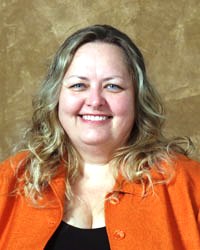 I am passionate about nursing. I began my career by training for a nursing diploma and went on to earn a B.Sc. and then a Ph.D. I wanted to put my skills to work in the part of the world that most needed them so I went to work in East Africa. While working there in 2011 I became a volunteer with Academics Without Borders, under whose auspices I worked with the Aga Khan University School of Nursing and Midwifery. Our goal was to improve the school’s program so that it could offer a B.Sc. in Nursing to nurses who already had a diploma in the profession. I worked with the AKU faculty and administration at their Kenyan, Ugandan, and Tanzanian campuses.

In Tanzania the number of nurses and midwifes per 10,000 population is 2.4. Improvement to the nursing faculty translates into improved medical services to the population of Tanzania. In the time I’ve been a volunteer with AWB, we have trained a faculty of 6 people who in turn graduate 18 nurses per year with a B.Sc. in Nursing.

The nurses who study at AKU are highly motivated. All the students are front-line nurses who take courses after working a full shift. These nurses work in very challenging situations. For instance, patients may have been carried by loved ones for two days to reach a nursing station. Mothers who want care for their children must often walk for several hours and cannot travel after dark for fear of being attacked by lions, hyenas, or other wild animals. Sometimes a patient arrives for care in a wheelbarrow. With very little in the way of supplies or medication, Tanzanian nurses must manage to help burn victims, people with anemia and other preventable diseases, and people with HIV/AIDS, along with all the other health issues that people face. In one clinic I am familiar with in Arusha, Tanzania, it is not unusual for the nurses to see 400 to 500 women a day for prenatal care.

Of course, if AKU is able to expand its nursing faculty, progress will take place much faster, and far more people will be reached and helped.

Pammla Petrucka, who is an Associate Professor in the College of Nursing at the University of Saskatchewan in Saskatoon, Saskatchewan, has been an AWB volunteer at the Aga Khan University’s campuses in East Africa since 2011. Pammla has been working with AKU’s School of Nursing and Midwifery on its campuses in Kenya, Tanzania, and Uganda.