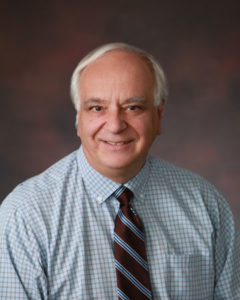 Thirty is the number of workshops MicroResearch has conducted since Noni MacDonald and I conceived the program in 2008. Eight hundred is the number of participants who have been trained. Twenty-five is the number of projects the program has helped launch in Africa. In this short essay, I will tell the story of three of the most recent trainees, from the recently completed workshop at Kabarak University. 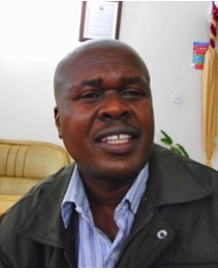 Philip caught my eye on the first day of the workshop. He’s every teacher’s dream, a student who relishes the opportunity to learn, and absorbs every lesson with abandonment. He told me he loved the way MicroResearch has helped him to approach research in a new way, “I like it when you ‘demystify’ the concepts of research.” But, being able to attend the workshop was not easy, requiring him to work double time before and after it, to make up for lost hours as a teacher. I was eager to hear his story, and add it to the many others. I’ve learned “In Africa, there are few ‘ordinary’ life stories”.

Philip was born in Bomet County, Western Kenya. The 6th of 10 children, 6 brothers and 3 sisters. His parents were subsistence farmers, for whom education was an unfulfilled dream but a cherished hope for their children.

As it turned out their oldest son, Stephen, was a particularly gifted learner. Though his parents could only afford to support him to grade 7 of school, he clearly was talented and could have gone on from there. But as good fortune would have it, Stephen was hired by Tenwek Hospital and was mentored by Dr. Ernest Steury, first missionary doctor, assisting him in his regular activities in the operating room. Here is where chance and good fortune can make the difference for several generations. Ernest recognized Stephen’s potential and inspired him and others. With the money Stephen saved as Dr. Steury’s assistant, he was able to support his brothers and sisters to seek even higher levels of education than his own. I’ve witnessed this model of family support again and again in Africa, brothers and sisters sharing the good fortune that God has given them with their family, a multiplier effect. While 2 of the 10 children died at a young age, Stephen was able to help the others gain an education. Because of his support, one of the siblings is now a police officer, and another a nurse. Philip’s own education beyond high school would likely not have occurred without his brother’s support as well.

With Stephen’s help, and his own hard work, Philip has achieved much, completing his Bachelor of Nursing degree with distinction at Great Lakes University of Kisumu and a master’s degree in Community Health and Development. He is now working on a Ph.D. at Jomo Kenyata University of Agriculture and Technology, while still employed full-time as a teacher at the School of Nursing at Tenweck. Philip follows his brother’s and the African tradition of helping family, supporting nephews and nieces through high school and beyond. As he said, “I have been given much, and I know much is expected of me.” 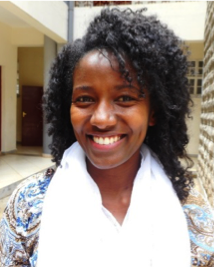 Sifora is a Family Medicine Resident in her first year of training at Kabarak. Sifora appears to be in her late twenties but has a wealth of experience beyond her age. Blessed with a warm smile that comes easily, she brightened the room with her joy and excitement.

Though her residency program is in Kenya, Sifora is actually Ethiopian and has lived in other countries over her young life. Partly because of this, she is actually fluent in 5 completely different languages. Although Amharic, with its 250-letter alphabet is said to be the most difficult language on earth, this one came naturally as the child growing up in Ethiopia. Walaytegna, the local language of her region in Ethiopia, likely occurred before starting formal school. Next came English, which she learned at school, and now speaks with complete fluency. If you are keeping count, the fourth language will come as a surprise, Tagalog, the language spoken in the Philippines was learned while she lived there during high-school, university and while studying Medicine. Her final language (so far) is Kiswahili, the major language of Kenya. This one is still new, but I think will be conquered very soon.

Sifora’s told me she was inspired to study medicine by her own family doctor back home in Soddo, Ethiopia. When she is finished her training, she plans to return to Soddo to practice Family Medicine, just like her mentor. But first she must complete a research project. The MicroResearch workshop is tailored to help her achieve that goal. She also understands the role that research will play in her future, “Unless we have the ability to do research, we can not change and we will not solve the problems we have. I believe that MicroResearch will help me get there.” 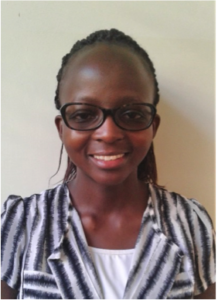 Amy was born in Nakuru, Kenya, but grew up in Mombasa. She now lives in Nakuru, the major city near Kabarak. Her parents are both public health officers in Mombasa, Kenya. Likely inspired by her parents, Amy and her two sisters are all pursuing careers helping others; one sister is a social worker and another an interior designer. All of them feel a responsibility to reach out to help the poor in Kenya. Amy said it on behalf of herself and her sisters, “The way to go is to work in underprivileged communities.”

Amy is a quiet, thoughtful person, but speaks clearly and eloquently when she wants to express her ideas. I’d add, that she is a natural leader and teacher based on the qualities she showed during the MicroResearch workshop this October. She became my teacher, as she explained the fundamentals of the educational program in Kenya, a system that, I believe, has much merit.

High school graduates who get selected to pursue a course in the university are partly sponsored by the government, thus their tuition is subsidized. But to be eligible for state support, high school graduates must spend two years in the community, learning some of life’s lessons from their family and elders. Following this, the most successful students may be accepted into a 5-year medical program and earn Bachelor of Medicine and Bachelor of Surgery (MBChB) degree. After receiving their MBChB, students are assigned to practice medicine in a state hospital. Amy did her 2-year work assignment at hospitals in Kangundo and Machakos in Kenya, regions with increased needs. Her ambition now is to earn a master’s degree in Family Medicine, a requirement for becoming a Family Medicine Specialist in Kenya. Completing a research project and publishing the results is an expectation for the Master of Medicine in Family Medicine at Kabarak. The university’s goal is also that the research done will be translated into action, and not collect dust on a shelf. Our academic hosts at Kabarak expect the MicroResearch Program will ensure that the research AND the knowledge translation aspects will be achieved. As Amy said during our conversation, “I’m looking forward to using what I have learned.”

Dr. Robert (Bob) Bortolussi is a professor of pediatrics and of microbiology and immunology at Dalhousie Medical School with a clinical appointment in pediatric infectious diseases at the IWK Health Centre in Halifax, Canada. He’s a former vice president of research of the IWK and curriculum director of the Canadian Child Health Clinician Training Program (CCHCSP). Bob is currently a member of the Canadian Centre for Vaccinology. One of his projects includes co-leading a micro-research initiative with Dr. Noni MacDonald in East Africa. Bob went to Rwanda, Tanzania, and Kenya in 2016 and 2017 on MicroResearch projects with AWB (Nepal is next at the end of 2017).

AWB / USF · 2 weeks ago
@AWB_USF
The AWB community was saddened by the passing away of Richard King, our financial manager, colleague, and friend. We will miss him. https://t.co/Rh8RkGurro
View on Twitter
0
0

Your ticket for the: Bob Bortolussi