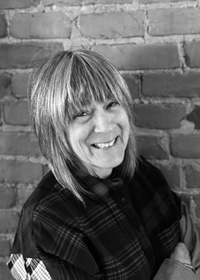 Mindy has worked in the nonprofit world for many years in executive administration and began in her role at AWB in 2017. Just prior to joining AWB, she worked at the Ontario Nonprofit Network in Toronto. She lived in Nairobi, Kenya, from 2012 to 2015, where she worked in the Office of the Provost at Aga Khan University in administration, event coordination, and communications, including developing websites for various institutes and departments within the university. Mindy lived for many years in London, Ontario, and spent her last eight years there at Pillar Nonprofit Network as executive assistant and membership coordinator, helping to build the organization from its early days in 2004 until 2012. Mindy recently moved back to Montreal, the city where she grew up and lived until her early 20s, leaving after she completed a B.Sc. degree at McGill University.

Your ticket for the: Mindy Gordon