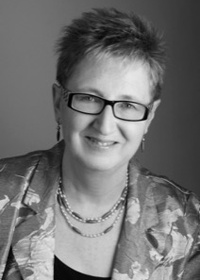 Prior to joining Trent in January 2013, Deb served from 2000 to 2012 as the founding executive director for the Canadian Research Knowledge Network (CRKN), where she led a national program to expand digital research content for Canada’s universities. Prior to this, Deb headed up the British Columbia Electronic Library Network and also held management positions within the University of Calgary library system.

Deb obtained a Master of Library Science (MLS) degree from the University of British Columbia in 1985 and has served on the boards of directors of Canadian Science Publishing, the Canadian Library Association, and the BC Library Association. She is the recipient of numerous honours, including the Canadian Association of Research Libraries Award of Merit, and is a recognized leader, speaker and advocate for good governance, collaboration, inclusivity and innovation within international communities of universities and libraries.

AWB / USF Retweeted · UVic News @uvicnews
1 week ago
. @Victoria_Forum co-hosted by @uvic and @SenateCA will bring together change-makers to help generate solutions to some of the world’s most divisive problems. https://t.co/cs6LIQe6Df
View on Twitter
11
0

Your ticket for the: Deb deBruijn