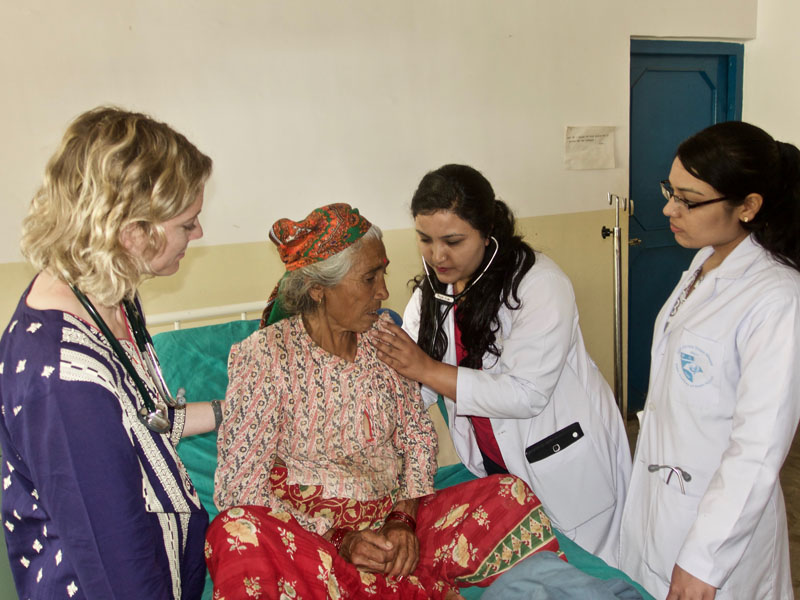 How international faculty projects can change lives at home and abroad

In a remote area of Nepal, an eight-year-old boy is carried into a tiny hospital by his grandparents. The boy has fallen from a height and sustained a complex fracture in his elbow.

Treating the injury will require resetting and stabilizing bones, but this involves a specialized surgery and medical hardware not available to the only doctor in the area, whose hospital is hours away from the nearest city or specialist. Worse yet, the boy’s circulation has been impeded by the fracture, and without treatment, he will lose the use of his hand and forearm.

The doctor does what he can to set the bones and stabilize them by sedating the boy himself (there are no anesthesiologists where he works), setting the bones, and stabilizing the fracture with metal wiring, all while taking direction from an open textbook.

Incredibly, the surgery is a success. The boy will make a full recovery.

A week after the operation, Professor Karl Stobbe at McMaster University looks over postoperative x-rays from the case. Glancing over his shoulder, his colleague, an orthopedic surgeon, remarks, “That’s honestly as good a job as I could’ve done.”

It’s a feat of medical resilience and resourcefulness that Dr. Stobbe says he has witnessed many times. For the past three years, Karl has been working with Nepal’s Patan Academy of Health Sciences to build the country’s capacity to train doctors for practice in rural areas, an effort that will have an enormous impact on the wellbeing of those living in these areas. As a volunteer with AWB, he leads a partnership with the Society of Rural Physicians of Canada and coordinates a group of volunteers.

“When you’re practicing medicine in a rural context, in Canada and especially in Nepal, you need to have an extremely broad skillset and need to be able to extend your skills, learn on the spot and safely tackle anything that comes your way,” says Karl. “Here in Canada, apart from rural communities, you often won’t find a doctor who is comfortable performing certain procedures outside their area of specialization; but the doctors in Nepal don’t have that option. It’s incredible what they’re able to do and what they can teach us about healthcare and resourcefulness in our own country.”

“The most important thing for this kind of work is to make sure the project is truly being driven by the needs of the host institution,” says Stobbe. “By far, the most important and challenging thing as a Canadian academic is to know whether you’re actually going to end up helping. What’s the gap? Am I the right person? It’s wrong to believe that because we’re from Canada, we’ll inevitably be of assistance. That’s where AWB is incredibly valuable. Its calls for volunteers are quite explicit and specific.”

For Karl, the benefits of membership in the Network are many, especially the opportunities available to faculty.

“I think that the volunteer academics come back with international connections that are non-traditional, quite often with collaborators and ideas that they didn’t leave with, and these connections benefit both them and their institutions as a whole,” says Karl Stobbe, “because now you have a relationship with an entirely new country that is built on life-changing collaborations. I can say without doubt that my career and sense of purpose as an academic has been changed for the better by my involvement with AWB.”

A version of this article was originally published by Academica Group. 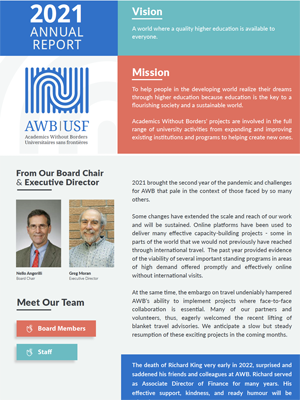 Your ticket for the: Nepal – Building capacity in rural medicine